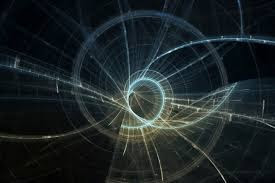 Many people assume that complex theories of science are impossible to understand.

But the truth is that some of the most impressive concepts and ideas can be understood with a little time and effort.

Why worry about an idea or theory that cannot affect you? What if I told you that  it could change your life forever?

From the ability to travel through time to an existing theory of a multiverse there is no limit to the change that could occur.

Consider the ideas of loop quantum gravity and string theory.

General relativity is Albert Einstein’s theory of space and time, whereas quantum mechanics is the fundamental theory in physics to explain how the universe is on a scale smaller than atoms.

Loop quantum gravity gets a lot less attention than string theory because its goal  mainly is to have a quantum theory for gravity. String theory, however, is a lot more enticing because it is considered a theory of everything.

Loop quantum gravity attempts to show that the fabric of space-time is not continuous like Einstein presumed, but is itself made of discrete quanta (a small amount of energy).

Imagine that space-time is made up of finite loops with nodes (think of these as beads) connecting them.

In the more popular string theory, fundamental particles are made up of one-dimensional fiber-like strings. When we have particles as strings this makes an enormous difference in mathematics.

String theory describes how these strings circulate through space and interact with one another. It turns out that different types of strings with different vibrations behave just like elementary particles.

This means that the standard elementary particles can be replaced with fundamental strings.

The idea sounds great, but these strings can’t just vibrate in the three dimensions we know of. They have to vibrate in at least nine spatial dimensions.

You might wonder: Where are all these dimensions? Many physicists hypothesize that the extra dimensions may be very small and invisible at macro scales.

Like any ideas, there are faults and problems with both loop quantum gravity and string theory.

The biggest problem with loop quantum gravity is that it has not yet shown that you can take a quantized space and take out a smooth space-time, while also a huge part is that it may not be possible to test for quantum gravity.

A problem with the superstring theory is that it requires supersymmetry.

This is the idea that each particle of the standard model of particles has a shadow partner particle with different masses. In more than a decade of research no supersymmetric particles have been found.

It is not all bad news, though. What if these two theories could be combined in some way?

Some researchers are working on this idea, which could be the next spark of inspiration for physics. Or this all could be untrue.

Who knows? Maybe the next Einstein or other great physicist will come along and show us an idea that will change the world — maybe he or she will come from San Ramon High. 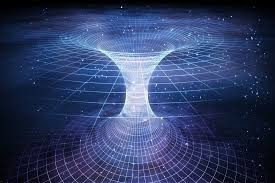