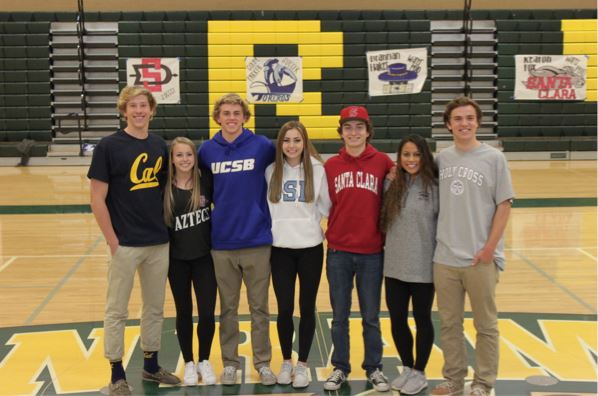 National Letter of Intent Signing Day is a celebration for students who are signing to commit to colleges for athletic scholarships. It is an important event for these students, because they decide where they are going to spend the next four years of their lives.

The gym filled up fast with the athletes’ friends and family, who were incredibly happy to be able to watch them during this milestone.

Participants could not stop smiling, suggesting that they would remember this moment forever.

Parker said, “I am most excited about getting to know the team and making lifelong friends while getting to play the sport that I love.”

According to John Raynor, SRVHS’ Athletic Director, the school has had the event for 13 years.