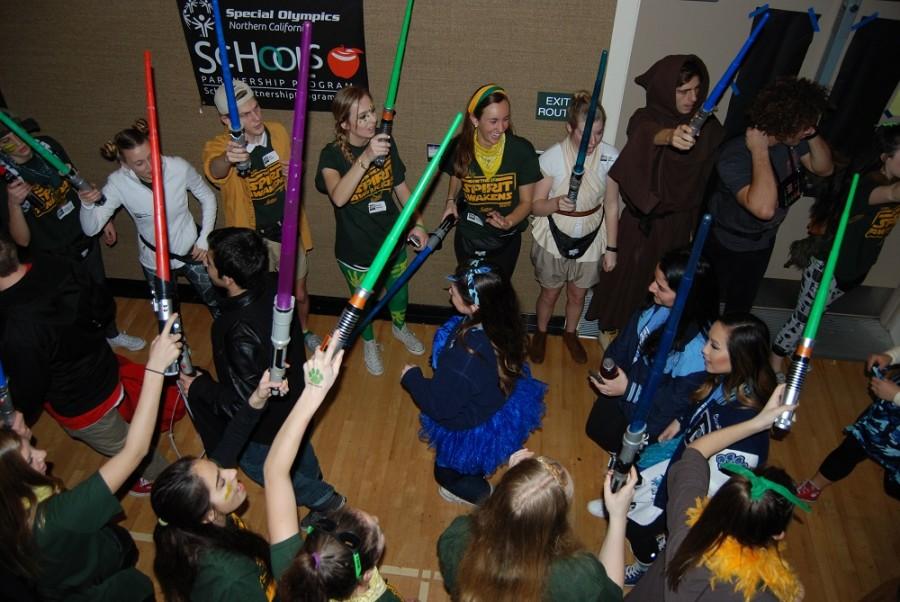 According to SRVHS senior Lindsey Parnas, the purpose of the conference was to unite Leadership students from different schools and develop ideas to improve SRVHS’ Leadership program.

The conference featured guest speaker Keith Hawkins, who discussed leadership principles with students. He explained that people respond to actions rather than words. As part of one exercise, he required that students interact with students from other schools by giving back massages and discussing inclusiveness and friendliness.

“I really liked that compared to speakers at assemblies, he emphasized the unique qualities of leadership students,” said Parnas.

The program began with school cheers. Later, students from each school performed a lip sync. SRVHS’ involved a “mashup of sci-fi songs with Star Wars thrown in,” said Parnas.

SRVHS junior Kristian Woerner chose to attend a session on advertising. There, the leader of the group gave a talk and students discussed how their schools advertised events.

Leadership committees met to share ideas afterwards. Woerner, as part of Publicity, discussed  topics such as homecoming, posters and advertising. Parnas, who is part of Awards, discussed academic achievements.

The day concluded with a debrief, and SRVHS students discussed what worked and what did not in terms of hosting the program.

Many SRVHS students enjoyed the conference. Parnas said that she liked “meeting leadership students from other school and being part of dance parties.”

Next year, the conference will take place at Monte Vista.