Don’t waste the pain – Every 15 Minutes

On April 20th, a program called “Every 15 Minutes” began. SRVHS Staff Member Janet Willford sent out an email explaining the event via schoolloop.

“Every 15 Minutes is a two-day program focusing on high school [students], which challenges them to think about drinking, driving, personal safety, and the responsibility of making mature decisions. Along with alcohol/drug-related incidents, and distracted driving, it focuses on the impact that their decisions would have on family and friends”.

This event is unlike any other typical assembly. It’s not just a lecture on the consequences of drinking and driving, it is a full on simulation. Every 15 Minutes manages to immerse students in what feels like a gigantic nightmare of tragedy that could quickly become reality in a matter of seconds.

For Cindi Sekara, a teacher at SRVHS, that experience has become a very unfortunate reality. Her daughter, Samantha Sekera, was an incoming sophomore at SRV when tragedy struck. Unfortunately, Samantha’s involvement with alcohol led to her premature passing.

After being apart of it for many years, Sekera spoke with us in an interview about her personal attachment to the program. Her main purpose for speaking at the memorial service was to share her daughter’s story in order to prevent any future tragedies from happening.

After being asked what she thought was beneficial about the program, Sekera said, “Here’s what I learned…  When someone really dies nobody handles it the exact same way. Everybody handles it their own way. And I think that if just one student feels like ‘Wow, what an impact that made that’s a good thing.”

We believe this program truly does prepare students for the possible unfortunate reality of losing a loved one. Sekera speaks for her daughter and says, “She would insist that I did this… She would want to be the boss of everyone and say don’t do this. Look you guys don’t do this… She wouldn’t want anyone to make that mistake…”

As seniors, this will be our second time viewing the event. Since seeing Every 15 Minutes freshman year, it is easy to see myself and many of my peers forgetting the lessons that, in the moment, seemed as if we’d never forget.

Every Fifteen Minutes is an important presentation not only for younger students but  even more so for upperclassmen. Most students tend to start drinking or attending parties as juniors and seniors and many students cannot even drive freshman year. Some people believe it’s even too much for the freshmen class to handle. Sekera thinks “Sometimes I think it’s okay to have an emotional toll. Something that just goes through deep and you don’t know how to handle it well”. We believe that these ‘emotional tolls’ can leave a long lasting memory when it comes to remembering the consequences of drinking and driving.

As freshman, Every fifteen minutes only seemed like a dramatization of an awful event with little chance of actually happening. Three years later as seniors, that distant tragedy becomes so much more of a reality after having hearing word of drunk driving after last weekend’s party.

Usually, the accident scene of the Every 15 Minutes presentation involves junior and senior students which brings the lesson closer to home for most upperclassmen, seeing someone they know on the hood of a crashed vehicle.

Despite the emotional severity and graphic nature of Every 15 Minutes, the “scared straight” tactic definitely seems to have an impact on many seniors and should be kept around for SRVHS students to come.

Sekera ended our interview with a saying she leans on, “Don’t waste the pain.” 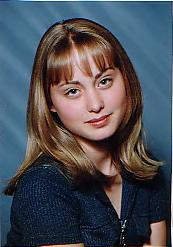