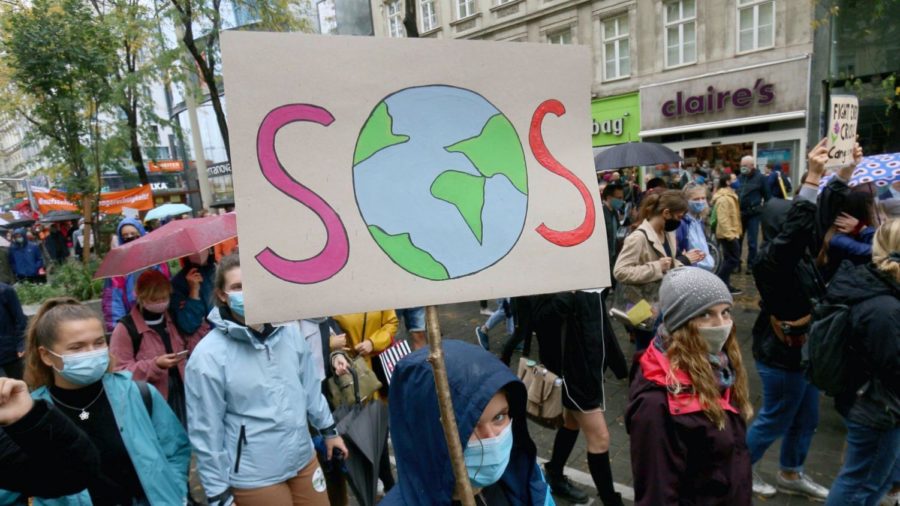 In October of 2019, a group of pioneering residents fled the village of Newtok in Alaska. As they left their homes, they became one of the first groups of climate migrants in North America.

Erosion and melting permafrost have caused roads, pipelines, and foundations to buckle in Newtok, Alaska. Flood risks and collapsing houses have become the norm in the area. Melting sea ice releases huge storm surges that wreck the coastal shorelines of the community. The village of Newtok had been planning their move for years and last October the time finally came.

More than 8 million people are on the move right now because of climate change. The World Bank estimates that Latin America, sub-Saharan Africa, and Southeast Asia will generate 143 million more climate migrants by 2050.

According to a study from the Proceedings of the Natural Academy of Sciences, the hot zones on Earth (like the Sahara), will cover one-fifth of the planet in 2070. This will place 1 of every 3 people outside of the normal range of temperature tolerance that has existed for the past 6,000 years.

Do these statistics make you stressed? Do they cause you to feel worried about the future of our planet? Climate anxiety is now beginning to affect humans across the globe. Also known as eco-anxiety, climate distress, or climate change anxiety, it refers to the threat of environmental disaster and the effects on our mental health. This can take many forms such as Anxiety, PTSD, or Depression. Climate anxiety can be seen through panic attacks, Insomnia, or obsessive thinking.

Clover Hogan, a 20-year old who grew up in Australia notes: “I’ve found myself bursting into tears … just seeing the absolutely harrowing images of what’s happening in Australia – it is overwhelming and terrifying.” A survey of children in the UK found that 73% are worried about our planet. Approximately 56% of American adults say that climate change is the most important issue our society faces today.

The symptoms of climate anxiety are seen in young people (ages 10-24) and those directly affected by a climate catastrophe. As a result, there is a large generational gap between those who experience climate anxiety. Older people are aware that they won’t live through the worst effects of climate change, while younger people are beginning to see the reality of the situation.

A lot of the young people who are aware of the reality of climate change are debating whether they should have children. Some believe that this would help reduce their carbon footprint while others do not want their children to grow up in a world plagued by climate catastrophe, warfare, migrations, and death.

Renée Lertzman, an internationally recognized speaker and leader, presented a speech on How To Turn Climate Anxiety Into Action for the American media organization, TED. While recalling an environmental studies class she took in college, she remarks: “I felt like I had been thrown into a dark tunnel given no tools to get out, yet expected to carry on with my everyday life as if things were normal. But, when you are exposed to that kind of information, things are not normal anymore.”

Climate anxiety can often transform into climate grief, which is a wider state of loss. Lertzman reflected that when she was given the overwhelming information on the changing planet, she didn’t know how to react. Without the proper tools to deal with her grief, she felt lost.

Now, almost 30 years later, Lertzman is helping others through the process of “attunement.” This is a way to confront your own feelings, and then start to talk to others about how climate change is making you feel.

Although climate change is a scary subject, having anxiety surrounding it can actually show that you are shedding your old ways and are no longer in denial. Climate activist, Tim DeChristopher, says “grief can be a valuable source of wisdom and compassion as we move into an uncertain climate future.” Grief is the process of accepting the loss. By recognizing the loss we are experiencing we can make public policy more effective.

DeChristopher also points out that we only grieve for things we love. Grief is a sign of attachment: “the pain felt in losing something that is dear to you.” By recognizing that eco-anxiety comes from the realization that human existence is connected to others’ lives, we can come together to survive.

Penelope Davis, AP Environmental Science teacher at SRVHS, notes that “most students feel they can’t do anything about climate change and they fall into a state of hopelessness.” Without knowing the proper coping mechanisms, people can start to “freeze up” which is a worrisome state.

However, by getting educated, talking with others, and taking action people can start to feel like they are doing something to make an impact. Taking steps to adopt a more sustainable lifestyle or raising awareness on climate change and climate anxiety can make a big difference.