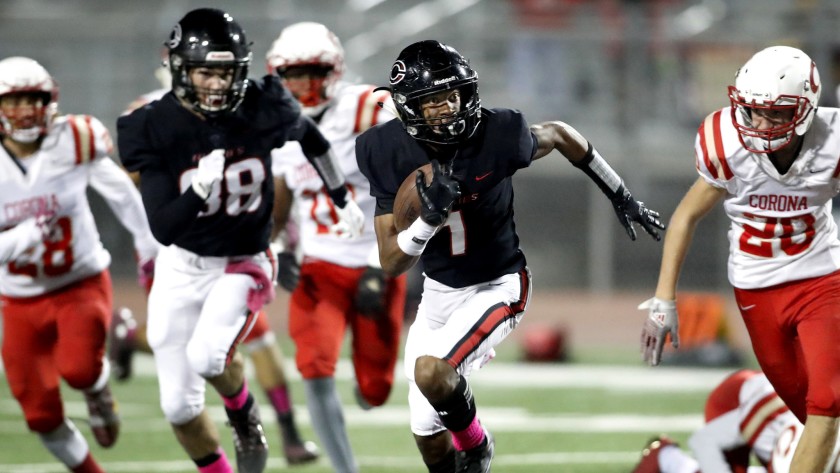 After months of waiting…high school sports in California are about to break loose and athletes are ready to be unbenched.

As of Friday February 26th, the California Department of Public Health announced an update on youth sports in the state. As cases continue down a declining path, more and more restrictions are being relaxed. After nearly 12 months and a long fought battle, sports are returning to action!

Coming up close behind will be football and girls lacrosse, which officially start on Monday March 1st. Softball and Baseball will then begin their high school season on March 8th. Even soccer, which is in the orange tier, is supposed to start on April 19th. After waiting for the green light, high school sports are rapidly returning after California Gov. Gavin Newsom updated the state’s youth sports guidelines.

As of March 4th, all sports, indoor and outdoor, are allowed to start their seasons.

The California state guidelines once again changed when Gawin Newsom’s Administration agreed to a settlement which allowed all indoor sports if there are under 14 cases per 100,000 people in a county.

“I know all of us have been waiting for this for a long time. It means so much to finally be back out there doing what we all love to do. Football practice has more urgency and energy, now that teams can see real-game competition resuming,” said Nicholas Gardinera, a high school football player.

These guidelines changed due to all the parents, coaches, and youth athletes who fought for youth sports. “It was due to a countless amount of time, effort, hard work, and at the core of everything, a true love for kids,” said Patrick Walsh, the head football coach at Serra High School.

The majority of the credit for the new guideline changes goes to two student athletes who recently filed a lawsuit against the San Diego county. They ended up settling with the governor of California under the condition that all sports will be allowed to play equally to collegiate and professional sports. They were able to prove, with a vast collection of evidence, that sports, indoor and outdoor, are not super spreaders and can be played safely using proven safety protocols.

In addition to this new guideline, outdoor sports including football, rugby, and water polo are all required to regularly get tested during their season. Same goes for all indoor sports.

Currently, in mid April, the last wave of sports have begun. Soccer, basketball, volleyball, water polo, cheerleading, and lacrosse, in addition to others are now in their seasons.

These next few weeks before the end of this crazy school year are filled with many games scheduled against local teams.

As a player on the SRV varsity women’s basketball team, it has already been an amazing experience getting to play for a high school team my freshman year. We have multiple practices throughout the week in addition to the 2-3 games we play against other teams. On May 7th and 8th we played Cal High and got the win both times. Although our season has been pretty normal, my team still has to regularly test every Monday, since basketball is an indoor sport, and the amount of spectators per player is limited to two. Even with these safety protocols, it’s still been so fun competing with my new team to represent our school!

Although high school sports seasons may be cut short, these opportunities give hope to young athletes who can finally return to the game they love and strive to be the best at. After all this time waiting…high school sports are now in action!